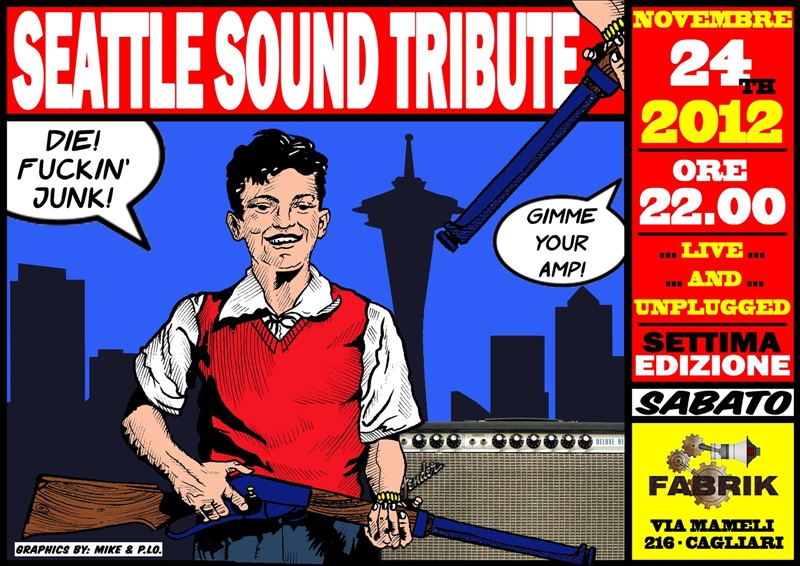 In the early ’90s exploded a movement capable of shaking the foundations of the rock industry.
A global success threw some bands from Seattle Olympus of rock. Or hell, depending on how you want to look at the matter.

The press, always looking for labels to stick on someone, he almost immediately found a way to define this wave overwhelming, with a word then passed into history: grunge.
What then was this grunge, has never understood anyone. It was punk rock desperate screamed loudly as Kurt Cobain and Nirvana?

Soundgarden was the hard rock, metal music dream with veins of Alice in Chains, or rock a thousand shades of Pearl Jam? Perhaps it was simply a way to describe a phenomenon, involving a lot of aspects, especially fashion.

Flannel shirts, Doc Martens, clothes unkempt, probably these are the characteristics of a perfect follower of grunge. But the music? The music was like a flame, burned vivid and then soon went out, as the – too – short life of Cobain.

But not really. Like a fire underground, survive, often emerges cyclically in the notes of artists who, while struggling to admit it, you are fed of that passion of the moment that changed the history of rock, for better or male.PerchĂ© after it was necessary to compare, always with Seattle, willy-nilly.

Someone drew inspiration, someone got on the train, someone responded, others criticized, insulted, ridiculed. But the memory is still there and those who, like Pearl Jam, survived, teaches us that perhaps there was no need to define, label, frame, because good music never dies, and that was great music. After all it is not something to poco.L ‘idea behind the Seattle Sound Tribute is simply to create an atmosphere, it is a blast from the past, a surrender to nostalgia.

The image dell’unplugged is strong, rooted, represents a perfect size for this type of evening. The musicians, who even before they are old friends, take turns on stage, mingle, get lost and get together, sing together with all those who, under the stage, they want to join them. They close their eyes along with those who want to just sit in silence ascoltare.Atmosfera, candles, memories, music. Lots of music. And please, do not call it grunge.
The event SEATTLE SOUND LIVE TRIBUTE and ‘organized by Cesare Bogazzi collaboration with the Fabrik club