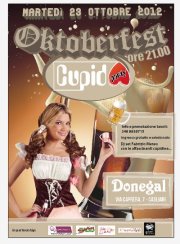 Together we celebrate the feast of
beer! with the dishes, traditional beers donegal
and many gadgets that will be giving during the evening!
ON TUESDAY ‘in the company of dear old Cupid Party!