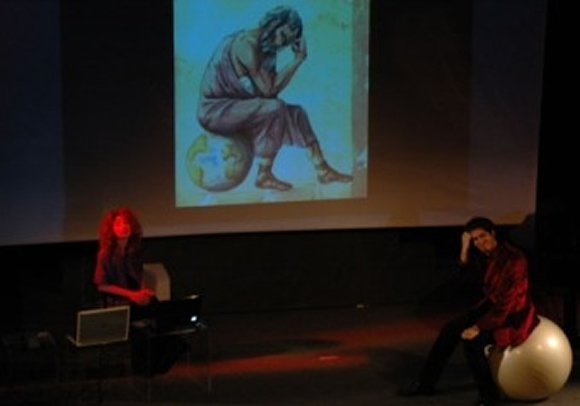 Four thousand five hundred children and teachers are involved viewers for Astronomical Minuet, the spectacle of theater and science, in collaboration with the Association FromaScienza, Projects Carpe Diem present at the Teatro Comunale in Serrenti (November 19) at the Teatro Massimo di Cagliari ( on 20 and 22 November) and Theatre of St. Louis Ales (November 23).

Only in the capital, thanks to the collaboration of the Culture of the Municipality of Cagliari which has welcomed and supported the project, the large group of young boys and teachers will be able to get to the theater with seventeen school provided by the local administration. Five more are those prepared by Carpe Diem.

Astronomical minuet is an experiment in the teaching of science.

E ‘at the same time a play and a lesson in astronomy, characterized by a strong interaction with the guys in the room. A video scene interactive displays images from telescopes and helps to travel between celestial objects.

Teacher, sorceress technology, leading his pupil to discover the shape and movement of the sky. The action on stage, including slide shows and interaction with the public, leading to a flat earth and still, picture less naive than it seems, to a land round but still motionless at the center of the universe, and so on, a description of the bizarre motions of the planets, elliptical orbits, the law of universal gravitation, to take a look farther and farther to the discovery of galaxies with elegant forms, and mysterious objects such as holes blacks.

The drama of the show is Cinzia Belmonte (who also directed) and Thomas Castellani (who also wrote the music). Astronomical minuet has been developed starting from the teaching and research in science communication FormaScienza, the sets and costumes make use of the experience gained by the Experimental Group Villanuccia, to test the interaction between artistic languages, real-time animations are developed by the company the Pool Factory, specialized in video. It ‘also uses the open-source software Stellarium to simulate the sky.

Also on this occasion the proposed Project Carpe Diem born from the collaboration with young people who act in the national quality and innovatively as in the case of the Association FormaScienza: a cultural association founded in 2005 by a group of young researchers which has as its objective the dissemination of scientific thought and a workshop of action research to explore new ways to spread the knowledge of scientific thought as part of the common cultural heritage.