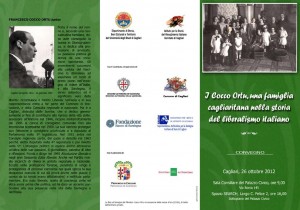 The Cocco Ortu, a family history of liberalism in Cagliari
Italian.

Alongside the conference room of SEARCH is set up a
shows that, through the documents taken from the archive and family
from the Historical Archives of the city of Cagliari, illustrates the legal profession,
that journalism and especially the policy pursued by Cocco Ortu
in leading roles in local and national level: in 1876 Francis
senior was present in Parliament and in the ranks of the Italian Government
Liberal Democrats, with the brackets of the fascist who saw
irreducible anti-fascist, in the 60s of the twentieth century’s nephew
retraced his footsteps with the same intent and democratic engagement
particularly focused on rebirth island and Cagliari. 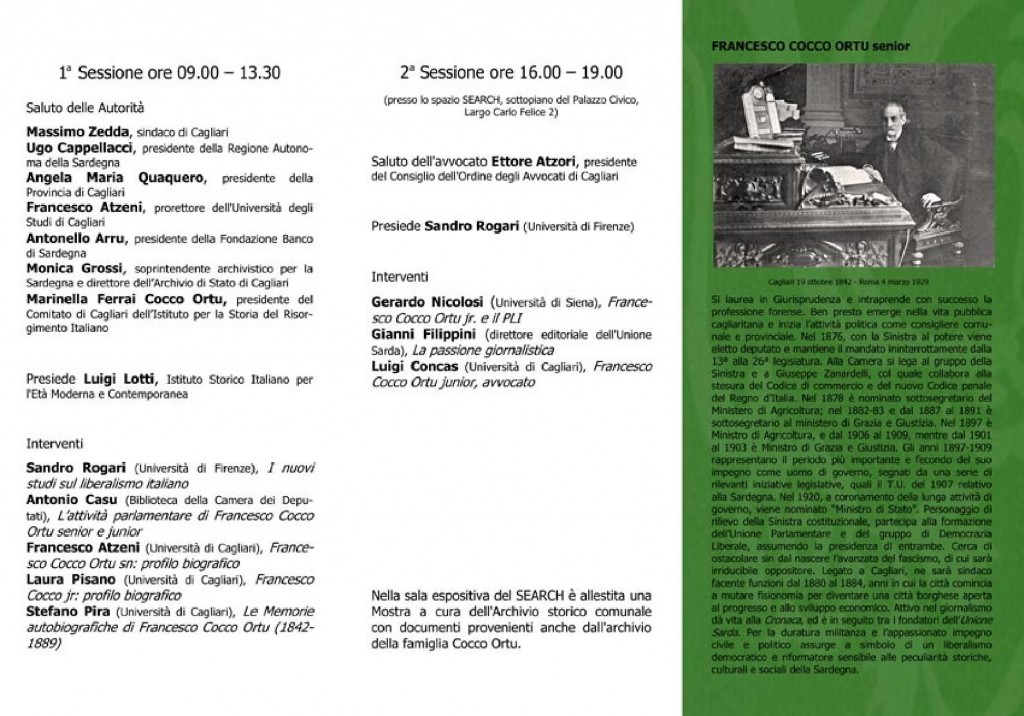