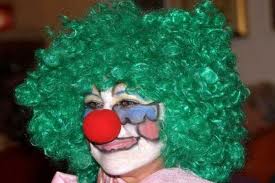 LA BOTTEGA of the actors

Director’s notes: “The Clown Ridolino” could be subtitled theatrical simplicity, in the sense that according to a speech very dear to us: dissemination and education for theatrical communication, the text was created and developed with a great linearity. We believe that a text to children, should take a cue from the archetype of theatrical discourse that is the need to tell stories about the mechanism of the truth, as if it were.

Plot: the clown Ridolino is driven by the “circus of the imagination” where he works, because suddenly the director deems incapable of making people laugh, then, believing they are sick, you will visit the doctor who will find it very healthy and that will reveal that what is happening and fruit dell’ansiezza, the disease of sadness, which infects the large making sad and angry. The only way to defeat it and find the Princess Polynices and make her laugh. During the journey in search of Polynices Ridolino the clown will see that the world of the big and sick ansiezza, and that the Princess will laugh only with the help of children and even adults will get sick of ansiezza because they do not listen to voice of children.

An amusing metaphor for the contemporary condition, even more fun to the interaction of children with the actors, who try to give awareness to young spectators, their creative force is still too little regarded by the masters of the world: we are great.

SPECIAL (with place to be assigned) 40 â‚¬