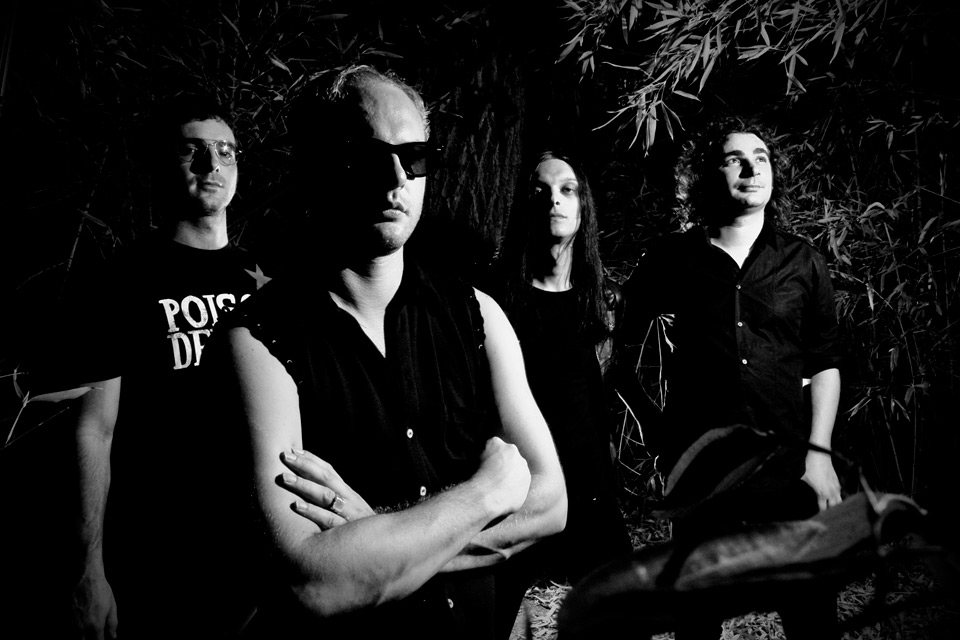 Friday, December 7 at Cagliari (Interno24) and Saturday, December 8 in Sassari (Aggabachela): these will be the venue that will host the two dates sardines of the 2012 tour of the OJM, one of the most popular Italian stoner groups internationally. Concerts organized by Monolithix collaboration with Sardinian Talkabout Records label and Reeson.

The OJM are a stoner rock band Italian among the best known and appreciated fine international scene. The name of OJM is linked to that of giants and of stoner rock and roll, as Brant Bjork, Queens of the Stone Age, MC5 and many others. Arrive in Sardinia to propose their fourth studio album, which is titled “Volcano” and was produced by Dave Catching (guitarist of Queens Of The Stone Age, Desert Sessions, Eagles Of Death Metal, Mondo Generator). The album was recorded at Red House Studio in Senigallia and mixed in Los Angeles by Dave Catching and Edmund Monsef (Arctic Monkeys, UNKLE, Master of Reality, The Duke Spirit).

Leading the date Cagliari are the K ‘-K’-M: punk rock and roll band active from Sardinia 1999: one of the most enduring and beloved music from the independent scene Sardinia. They have a 4 albums under, the last of which is proper to the 2012 and participated in various compilations with national groups and have made a split 7 “together with the Swedish Hathor.-K ‘K’ I-M a quartet of Leo (vocals), Alessiu (guitar), Kike (bass), Coconut (drums) 13-year career and many concerts in Sardinia and the rest of Italy, their pieces are an expression of fast punk rock and roll-style Swedish (Hellacopter, Demons and Gluecifer are the points of reference), and their lyrics are sung in English, Sardinian, Italian. Texts ironic until the craziness, but which are always intense and scratching. Live performances are full and fun, thanks to the histrionic stage presence of Leo, and the massive rhythm machine that supports him, the k’e-K’EM I’m on stage a real tank rock.

Opening the concert will instead be the ELEPHARMERS Sassari, Cagliari stoner rock band. The sound of the 60s and 70s, combined with the raw blues, psychedelic atmospheres and groove heavy mold sabbathiano. Formed in 2009, the Elepharmers are composed by Guido Solinas (guitar, bass, vocals, harmonica, former bassist in training metalcore Inkarakua), Andrea Cadeddu (lead guitar, also guitarist of Black Capricorn) and Maurizio Walls (drums, also drummer Blacktones ). They have just finished recording their first EP, currently being mixed and will be published shortly.

The stoner rock is a genre that was born in the nineties grunge at the same time, the revival of the hard rock sound of the seventies contaminated with punk, blues-rock and metal. The place where we celebrate this alchemy is the Californian desert around the city of Palm Springs: Kyuss, Slo Burn, Unida, Queens of the Stone Age come from the sands, and the California desert will also be the scene of “Desert Sessions”, the jam Josh Homme and other great stoner scene will implement in Rancho de la Luna, a recording studio built in a ranch in the Californian desert in fact. Over the years, the stoner rock spreads throughout the world with bands such as Monster Magnet, Orange Goblin, Karma to Burn, Colour Haze, but the bond environment remains a distinguishing feature. A key element that completes the atmosphere of this music slow, hypnotic and powerful: not only the California desert, but also the forests and mountains of North America and Northern Europe, the beaches of California and all the places where you can perceive the cosmic link with Nature.