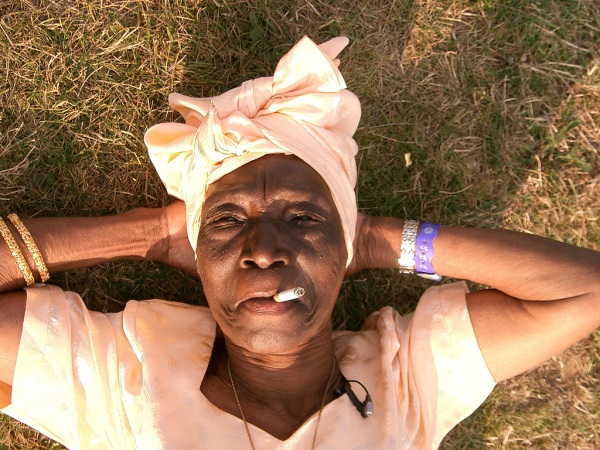 Sounds and rhythms of the world on the big screen.

Five films will run until December 16 DoMusArt space for the event sponsored by Elenaledda Vox.

Rhythms and sounds of ancient civilizations in a course that explores the African continent and landed in Sardinia. These are the ingredients of the Festival of Cinema Ethnomusical, the starting blocks tomorrow (Thursday, December 6) in Quarryville. Now in its sixth year, the event promoted by Elenaledda Vox with the support of the Municipality (Department of Culture) and the Autonomous Region of Sardinia (Department of Education, Culture, Sports, Entertainment and Information) returns to the usual space DoMusArt (Former House Angioni) via Neghelli to propose up to Sunday, December 16 a program of five films with free admission.

We start, then, tomorrow (Thursday, 6 December) at 21.30, with “Africa: The Beat”. The documentary of the Spanish collective Samaki Wanne.Ă¨ shot in Nzali, an enclave in the heart of Tanzania where they live Wagogo. Theirs is a unique musical universe. From the first frame of the movie till the last sound heard, each image takes the viewer into their daily life, while their music envelops us little by little in a world of sensations surprising. Day and night, the passage of time and the seasons, nature and the elements, the water, the importance of words and stories, the stages of life. All of this emerges from a pulsation around which articulates each instant of existence. Filmed by technical base, the film connects the point of view of a painter, a filmmaker’s vision and sensibility of two musicians, using no voiceover that conditions the feelings of the audience, leaving everyone to experience their emotions the awareness of the vital role that music plays in our lives.

The next day (Friday, 7 December) you dive, instead, in the African sounds of music Swahili with the projection, at 21.30, “Old as my Language: myth and life of Bi Kidude” (2006, 66 ‘) . The documentary filmmaker English Andy Jones is an intimate portrait of a living legend, the century-old singer Zanzibar Bi Kidude.

The festival will continue in the name of African sounds with “The dance of the Wodaabe” (2009, 90 ‘), in view of Wednesday, December 12 at 21:30. The result of a research that lasted ten years, the film documents the dell’etnomusicologa French Sandrine Loncke rituals practiced by the Wodaabe, nomadic pastoralists of the Niger, such as “Geerewol”, the ceremony in September, at the end of the season rainy, brings together the boys with the girls of marriageable age, in a festival of songs and wild dancing.

In the last two nights of the Festival Cinema Ethnomusical dedicates his gaze to the motherland Sardinia. Thursday, December 13, at 21.30, projecting “The musical culture of Sardis – It ‘a journey into the musical culture of Sardis” (2001, 60 min). A journey told through the sounds, the sights, the traditions and history of an ancient people in an era of fierce globalization makes their identity and distinguish its greatest strength.

The documentary has revealed himself as a container where to put over the most important expressions of the current music produced in Sardinia, of course, not only the traditional one, but several elements proper to the culture of the island, such as archeology, customs, language, traditional festivals, nature. The pace of the film is punctuated by the story of the history of Sardinia by the great Sardinian writer, Francesco Masala.

Sunday, December 16 finale, the vision, at 19, of “Passages of Time – The Journey of Sonos ‘and memory” (2004, 85′). The film made by the director Gianfranco Cabiddu Cagliari, under the musical direction of Paolo Fresu, makes the viewer a portrait of an unusual Sardinia, almost abstract, on the wings of music, including ethnographic documentaries and holds the emotions of fiction, telling the journey a group of musician friends – the trumpeter Paolo Fresu, singer Elena Ledda, accordionist Antonello Salis, the master of launeddas Luigi Lai, bassist Furio di Castri, guitarist Mauro Palmas, percussionist Federico Sanesi, cellist Charles Cabiddu and On the chorus of Cuncordu Santulussurgiu – and the creation of a concert and multimedia event stimulated by the discovery of new materials archive of LIGHT that tell a wonderful country and has now disappeared.

As old as my tongue: the myth and life of Bi Kidude

The dance of the Wodaabe

The musical culture of Sardis

Passages of Time – The Journey of Sonos’ and memory

Free entrance to the screenings