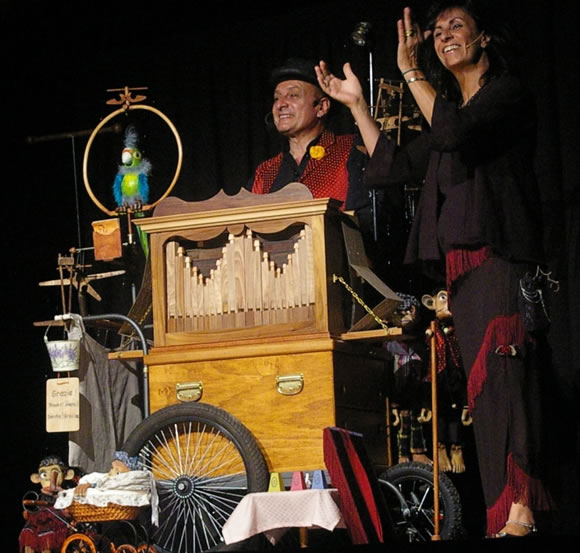 The starting blocks in Cagliari The Great Theatre of Small Itinerant, the review of Is Mascareddas organized in districts of the city. The event, in its thirteenth edition in the Sardinian capital, offers from tomorrow (Wednesday, 21 November) to 19 December three play by puppets and stories with animated objects in a circuit of seven free performances that will run in the districts of Mulinu Becciu, Sant ‘ Elijah and St. Benedict. The shows will be staged – all at 18 – communal spaces Area3, Lazzaretto and Villa Mucas, in collaboration with the respective managers (ArCoES, 2003 Sant’Elia Cooperative Association and Villa Muscas).

The program suggests the involvement of three companies: the hosts Is Mascareddas, the puppeteers of St. Helens Theatre Tages and Chieti Tiriteri the Theatre of Invention.

It starts Wednesday, November 21 at Villa Muscas (via Santa Alenixedda 2, St. Benedict) with “Areste Paganos and the giants.” The act for blockheads by Tonino de Murru Is Mascareddas replica Friday, November 23 at Lazaretto (by way of surfers in the Old Village of St. Elias) and Dec. 13 at the Centre Area3 (via Carpaccio in 14/16, in the district of Mulinu Becciu). Areste, the “superpecora”, the bull and the other eight characters are the protagonists of the puppet show set in a small Sardinian village. The theme in the play is for blockheads balentĂ¬a. As expected, Areste Paganos, struggling with two young arrogant opposes rationality arrogance and puts his opponents in check, without the use of force, but by a stratagem unsettling.

November 29 to December 7 and Villa Muscas Center Area3 it’s time for Tages Theatre with “Crank Circus”. In the show of puppets and string puppets with music played by an organ of Barbary Cacciabue Augustine and Rita Xaxa present to the public a variegated collection of characters. Among others make their appearance a nice family scimmiotte, the acrobat Max, the glamorous Ginger dancing the Charleston and dance on roller skates, Casimiro, juggler juggler and magician illusionist Gustavo.

The last two appointments with The Great Theatre of Small Itinerant are December 18 and December 19 at Lazaretto Villa Muscas with Tiriteri Invention Theatre and “The Rooster Wonderful” play by narratives in music, games and theater of the crop ‘animation anthologies inspired by Italo Calvino’s Italian Folktales and Fairy Tales of Charles Tuscan Lapucci. The show is written and interpreted, in the guise of traveling minstrel with guitar on his shoulder and an inexhaustible wealth of adventures, from Bettino Trevisan, stage name of Alberto Zoina, Abruzzo soul of the company founded in 1986 with the puppeteer Anna Di Lena.

November 21
Areste Paganos and the Giants – Is Mascareddas
Villa Muscas 18.00

December 13
Areste Paganos and the Giants – Is Mascareddas
Center Area3 18.00