SOLTANTO AND PATRICK NIGRO LIVE IN CAGLIARI ! – CAGLIARI – 23 TO 25 NOVEMBER 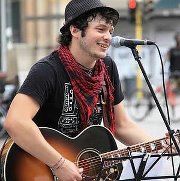 Only and his keyboardist Patrick Nigro, will perform for three consecutive days in the street and in some locations of Cagliari

November 25
On the street: Via Sardegna (corner via napoli) from 15 to about 19.
Premises: The Dante Via Dante 245, ormus Galleries by about 22.

Only a guy who is only 25 years, completed their course of studies, he began to travel to the conquest of a stupid dream: living from their music.

In the summer of 2010 he left Milan, their city, to venture on a road trip to discover Europe. Part no money, hitchhiking with a backpack and a tent. One goal: re … managed to travel remaining, only, by the street musician.

Through so ‘wonderful cities such as Lyon, l’Ardeche, Montpellier, Perpignan, Vic, Girona, Barcelona, Tarragona and Madrid, arriving in November of 2010, in Tenerife (read travel blogs 2010 at http://cinematteunplugged . blogspot.com /).

The journey goes beyond all expectations and leads to huge wins: the confidence to live your dream. 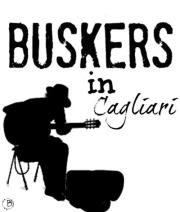 For this reason, in the winter of 2010 only returned to Milan and invest the money saved in travel professional equipment in order to play in the street with a higher quality.

So begins’ to play even in the Italian cities, all of which soon became his sole occupation