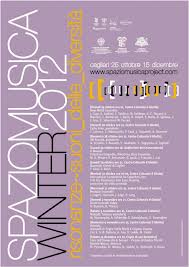 Postponed on November 4, the performance of “Orlando … Shreds of leaks follies nitrite and clopete clopete”, held in Cagliari for the festival Spaziomusica, debuts Sunday, December 9 at the Ghetto, the center of art and culture by way of the Holy Cross (in the district of Castello). Taken from ‘”Orlando Furioso” of Ariosto, the work sees the actor on stage Senio GB Dattena (its also adapted and directed) with drummer Alessandro Cau and a sculpture by Mariano Rope. Music and live electronic processing are Daniele Ledda. It starts at 21 with free admission.