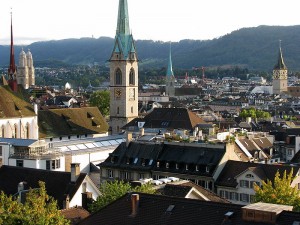 Soon Airberlin activate the Cagliari-Zurich with two flights a week from April 2013, further expanding its network of connections between the ‘Italy and Switzerland (for a total of 24 weekly flights).

Zurich (Zurich) is located in German-speaking Switzerland, on the lake and in the ‘State of the same name, is a city very rich in architectural, places and historic districts, churches, art and much more (see photo above of Roland zh , CC). And then I always suggest to travel as soon as you can and get to know new realities, to discuss and expand our horizons. Also from Zurich can expect a good traffic of tourists to Cagliari and Sardinia.

The appointment is then from 20 April 2013 to 31 October 2013, Monday and Friday Cagliari Elmas Airport