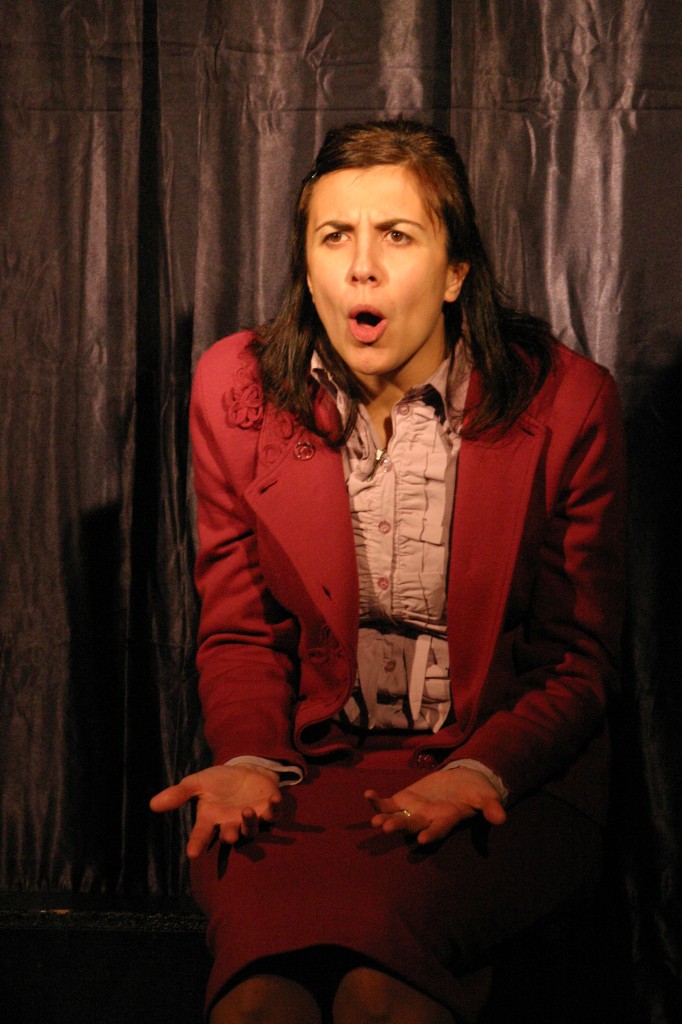 Appointment for Friday, November 30, at 17, in Guspini with the Theatre Company Barbariciridicoli I will present at the Court house, in Caprera, one of his most significant production, or Marcella.

The show, organized by the Women’s Voluntary Knowing X X Making, with the assistance of the City of Guspini, near the International Day against Violence against Women (25 November), followed by a debate on the issue of gender-based violence with participation of experts dell’attualissimo and dramatic problem. In particular, will speak at the Centre Provincial Anti-violence in the Middle Campidano.

The performance of The Barbariciridicoli is a monologue set in Sardinia: a train trip on Sassari-Cagliari today, a young lady who climbs out of breath from an intermediate station and poured out a stranger, a patient and silent traveler, a river colored of words, doubts and thoughts, even through the rubber hammer to those who would never break his dwelling, visible tear, blow for blow, the golden walls of the prison home in which the protagonist has spent 20 years of his abnegare existence to itself.
In a sort of self-psychoanalytic session, including reluctance, reticence and modesty that humorously draw a funny character that finally the need to tell and define his life, can be glimpsed from the outset lightning, more and more grim, searing of a drama that grows and matures, to explode at the end in all its classical and modern tragedy, marked by violence, coercion and abuse: despite the historical conquests civilians and numerous social progress, despite the great success of the claims of the feminist movement , violence against women, especially in the family, continues to be a brutal reality and a burning and outrageous consequence of the subordinate or secondary role that women continue to have in our society. The show then also aims to make an important contribution to the spread of awareness about the problem of domestic violence, a phenomenon unfortunately widespread in Italy and Sardinia.

Marcella is the first monologue staged by Barbariciridicoli. The text is new and original, co-written by the director Tino Belloni and Valentina Loche, young but veteran interpreter of the Society, called, in an important test as an actress, moving in a register which is difficult and unstable, wavering between the thread of comic and dramatic.
The show deals with the theme, unfortunately as ever and fell in the landscape of Sardinia contemporary violence against women within the couple’s relationship, telling the maturation process and awareness of a woman and her extreme difficulty embark on a journey towards a future of emancipation and freedom. In addition to the issue of violence, the representation touches another important social issue as alcoholism, tracing a critical picture and smitizzante on balentia drinking widespread in Sardinian society.
A new episode in the bitter laugh, in the wake of the comedy-engaged and drawn from the latest report shows the company.

The performance is free and is not recommended for children under 14. Info: 393.9013607 www.barbariciridicoli.it