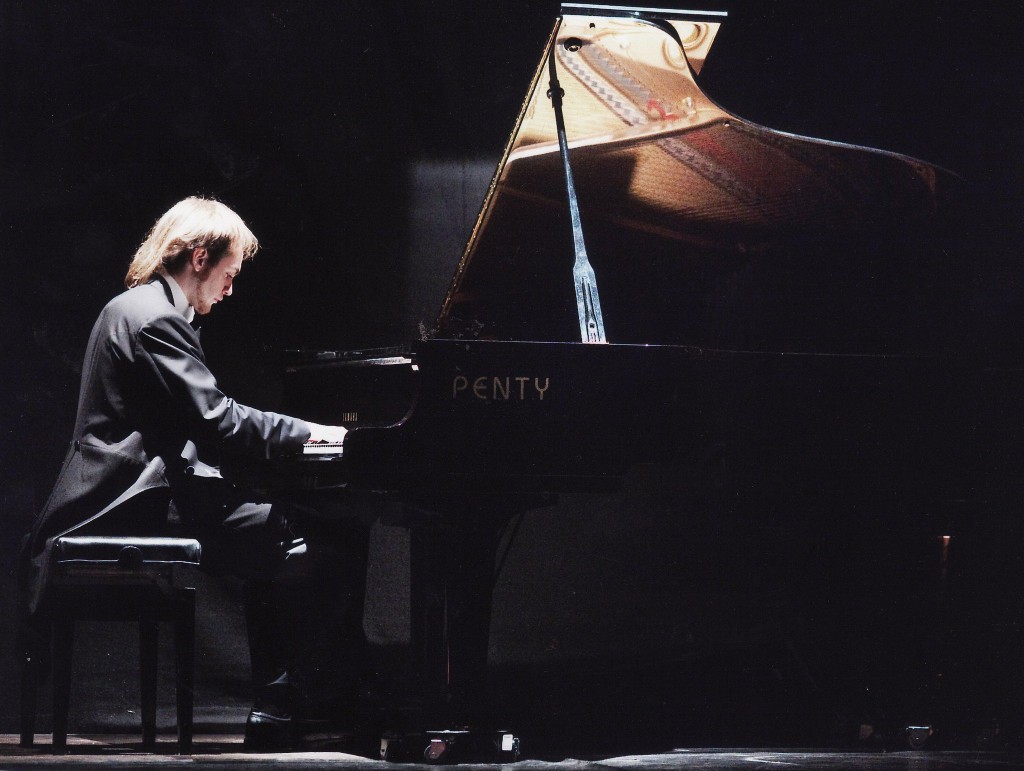 18.30 hospitalis SANCTI ANTONI
Sunday, November 25 at 18:30 at ‘Hospitalis Sancti Antoni, again as part of the festival on Sunday afternoon, the young pianist will perform LUCA NURCHIS.

The concert is organized by Concerts “Alba Pani Passino,” sponsored by the Autonomous Region of Sardinia, the Fondazione Banco di Sardegna, the Ministry of Heritage and Culture and the Bank of Sassari

LUCA NURCHIS – currently attending the Master’s degree at the Conservatory of Music “P. da Palestrina” in Cagliari under the guidance of Prof. Francesca Giangrandi, with which he obtained a diploma in piano at the same institution, and prof. ssa Angela Oliviero. Fundamental years of study with Professor Arlette Giangrandi-Eggmann, a pupil of the great Dinu Lipatti. He began studying piano at age 4 and 5 years has its first contact with the public. Official pianist and playwright on behalf of the Little Company of Art has participated in various performing arts performing in the most prestigious halls of Cagliari: “Silent Words” (2005), “Twilight Railway” (2006), “Reflections Floating” (2007, and Replication 2008), “Representation and Decervellamento not serious on Love” (2009, and Replication 2012), “Kreisleriana. Beyond Reason” (2011). In 2005 she participated in the musical project and its live event “Nora Sonora”, directed by the renowned American composer Alvin Curran. Since 1999 he has taken part in concerts organized by the Conservatory as a soloist, piano, four hands, two pianos, piano and orchestra. In duo with pianist Anna Sanfilippo has held numerous concerts including:
– 2007 at the Auditorium of the Conservatory teaching music for the show “Transcriptions, Paraphrases and Processing” 2008 “Change” for the art event “The music in different forms”; 2009 as a soloist for the exhibition “The Soloist and the Orchestra “.
In 2010 he appeared as soloist in one of the evenings of the Festival “Chopin and Schumann. Two pillars of Romantic Music” at the duecentenario the birth of both authors. He has participated in master classes organized by ‘International Academy of Music as a student of Maestro. Patrick Zypxtowski (2008), the piano masterclass held at the duecentenario the birth of Schumann as a student of the Mo. Stanislav Pochekin (2010), the master of improvement during the festival Claudio Arrau as a student of Maestro. Claudio Martinez – Mehner (2011 and 2012), the Maestro. Francesco Libetta (2012), the Maestro. Gabriel Turkey (2012), Professor of Gerlinde Otto, a student of the famous Milhelm Kempff (2012). Takes part in the third, the fourth and the fifth edition (2010-2012) of Bosa Ancient Festival, participating in seminars and lectures of the class of. Aldo Ciccolini, and their final concerts of the best students. In 2011, pianist selected by the International Piano di Cagliari for whom she gave a recital in 2012 at the historic Palace of the Foundation Siotto. In 2011 participates in piano master classes organized by the Conservatives Liceu in Barcelona, the Hochschule fur Musik Franz Liszt Weimar, the Summer Academy of Music at I’Akademia MuzyezrLa w Krakowie, and Maene Piano – Steinway Centrum in Brussels. In the same year he performed at Florianka Concert Hall in Krakow. Took part in the 2012 Concert Season of the Conservatory of Cagliari presenting a piano recital in April. In the summer of 2013 will participate in the prestigious International Festival Dino Ciani in Cortina d’Ampezzo.