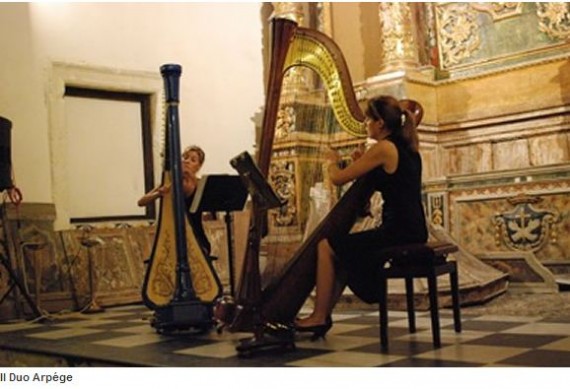 The Ensemble Algorithm (Matthew Cesari, flute, Marco Rogliano, violin, Roberta Gottardi, clarinet), team that has a worldwide reputation for its refined interpretation of contemporary music, will perform in Cagliari for “Events Academy” – “Concert Season 2012 “December 7 to 21 hours in the Monumental Church of Santa Chiara ..

The program of the first evening, mostly dedicated to the music of the twentieth century, is to run: Sequenza VIII (violin) by Luciano Berio, Ko-Lho (for flute and clarinet) by Giacinto Scelsi, Almost Vanishing for E. P. (For solo flute) by Marco Momi (Italian premiere), Ballade (for solo violin) Eugene Ysaye, Controfase (for flute, violin and clarinet) by Ettore Paper (composition based on materials of folk music of Sardinia).

The concert, with free admission, will be broadcast on the Web, it will be visible for free live worldwide through the Academy’s Facebook page.

The event is organized by the Musical “PHILHARMONIC ORCHESTRA OF THE MEDITERRANEAN” and by the MUSIC “ACADEMY”, in collaboration with: Society of St. Anne, Vivocha Institution and Civic School of Music of the City of Selangor, thanks to the contributions of : Municipality of Cagliari – Department of Culture and the Province of Cagliari – Department of Cultural Affairs.