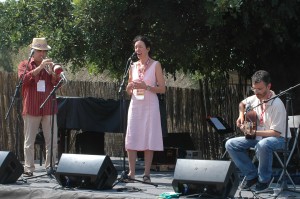 Saturday, November 17 at 18:30 at La Feltrinelli Village, the “Centro Commerciale Le Vele” Via delle Serre Quartucciu (CA), S’Ardmusic present for the second meeting devoted to the recording series “Jazz in Sardinia” another recent production starring the Elva Lutza, the duo composed of Sassari Nico Casu and Gianluca Dessi, winners of the 2012 Prize Parodi with the song ‘Deo Torro’.
Two great artists of extraordinary jazz and world music Sardinian well known beyond the borders of the island, following the premiere on the stage of the Theatre of the Cloister European Jazz Expo 2012 coming to “La Feltrinelli” to explain to the public their last album and offer a taste of their track list via a live mini-acoustic set.
The album of the same title of the duo “Elva Lutza” is another release of the new catalog blossomed naturally to give visibility to a flurry local jazz music and movement, the result of thirty years of international jazz festivals in the island including the Jazz Festival in Sardinia, which opened a passage towards the African-American sound and paved the way for the great original productions.

The presentation, organized by S’Ardmusic and Jazz in Sardinia, in collaboration with La Feltrinelli, Radio One and Flavors of Sardinia, will feature the artistic director and label boss Cagliari, Michele Palmas and will be maintained and moderated by Simone Cavagnino.
During and after the meeting will be able to spend time in the library to taste the products offered by ‘Flavors of Sardinia’.
The event will be recorded and made available in the Podcast site Unicaradio, the webRadio of Students of the University of Cagliari, the web address: www.unicaradio.it / podcasts.

Both albums are produced by the record S’Ardmusic, while the distribution
is carried out as usual in the Aegean, which will promote the works in Italy and abroad. 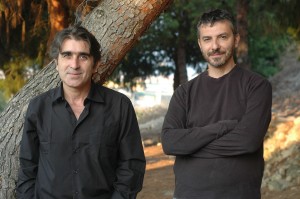 Production: S’Ardmusic / Aegean
Deo torro, is the song with which they won the Parodi 2012. A text in Sardinian loosely based on a sonnet by Federico Garcia Lorca and a guitar accompaniment modal embroidering on which everything seems to float. Over twenty years off the island suspended between distant countries and world music productions and prestigious collaborations. The debut album of the duo Sassari Elva Lutza formed by Nico Casu (vocals, trumpet) and Gianluca Dessi (guitar, bouzouki) produced by S’Ardmusic is exactly like this: if you look more closely at what is the identity of ‘together we discover a network which links sounds deep and far between verve, humor and charisma. Jazz, folk, blues, music of Sardinia, Balkan, Neapolitan. The Sardinian however, is the language that dominates the track list of the work. A mother tongue that the two musicians always talk to their countries of origin. But I do not like to be labeled as “heirs of the tradition.” Injury in fact, and they are, the impression of being very free musically, a duo not “ethnic”, yes lover of tradition unencumbered by his own habitual circuits: a cross of light popular music that come together in a single color: warm , brilliant. “Music fireplace” – as claimed by the same Nico.