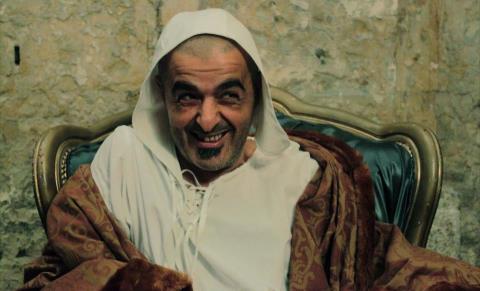 For info and reservations teatroimpossibile@gmail.com

UNDER THE PATRONAGE OF THE FACULTY OF EDUCATION, BACHELOR IN “THEORY OF LANGUAGE AND COMMUNICATION”
This project will be developed and implemented under the auspices of the University of Cagliari, Faculty of Education and in particular the degree course “Theory of Language and the Communication” held by Professor Elisabetta Gola

There are many ways to approach a classic. It can be considered as a material “sacred” around which to build a setup, if you can do an updating, a parody, a metalinguistic reading, etc … of MoliĂ¨re us interested in its ability to create scandal by not taking itself attitudes contrary to what is current but merely to describe what was happening around.
The scandal of MoliĂ¨re’s really a trap, thanks to him we discover that what we truly intolerable is not an evil or hypocritical but his nomination. Truffle and Scrooge are harmoniously incorporated into their social and family life. Those close to them willingly accepts the monstrous features of their personality, and all that is reprehensible in the abstract theory is constantly being revised as inevitable and even functional.
The obsessional traits of Argante, his reliance on medical quackery of ignorant and profiteers, his disregard for the feelings of his daughter Angelica, his blind faith in a dull and rough and approximate science have undoubtedly forced the public, over the centuries, deal secretly with the delusions of the protagonist, to recognize the attitudes, perhaps trying to deny, often unsuccessfully, to be in turn victim. But the subject of general disapproval will not be those who break social rules shared, but anyone who reports the offense, forcing you to make a judgment, to take sides.
The Argante we will try to tell reverses the perspective that we had used the MoliĂ¨re masterpiece. Our patient does not live his imaginary ailments in a concrete context: rather, makes imaginary reality: now the important thing is for him to report his presence to a multitude that in his eyes he outlines increasingly blurred and imprecise.
The text begins with MoliĂ¨re to tell of a man who builds his life path surrounding himself with fictitious personalities, in a daily time marked by cycling on and off of two screens on which they appear fetishes of character. Not by chance the figures that will interact with him will be interpreted by only two actors, which will arise not minimally the problem of the likelihood, and will conduct in view of their changes.
In obsessive vision of the world of Argante is there not because you are, but because it claims to be, so to Argante no matter what the characters are believable, does not care to recognize their personality, no coincidence that in a dialogue, say, Belina between the notary and the two roles are played by the same actor, the only thing able to find a hole in his autism is the simple look of someone, the declination of a few superficial personality traits, the relief of an input in chat soothe his horror vacui.
From time to time, for a few moments, Argante wonders if there is still something out there, a life beyond any of his chair and monitor. And, looking at the outside, we inform maniacally on the weather. What is the point to check weather conditions if they have no opportunity to influence the newspaper? No one, of course. Perhaps for Argante the weather report assumes the meaning of a link with reality without risk and responsibility.
Slave of his own game, at the end you see Argante dictate the rules by those who thought he could control; triggers thus a loop from which it is difficult to get out, and which is even difficult to see. Argante is alone in his room and aseptic packed, surrounded by a out of which, by now, the darkness fell. To continue to try to move forward he can only bend and in turn become a character. Here then is that in an attempt to find a way, Argante not give up and finally becomes The Imaginary Invalid.