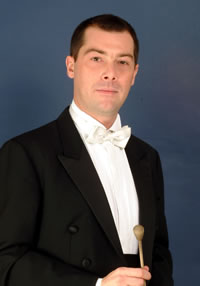 Officially opens WEDNESDAY ‘November 21, at the Auditorium of the Conservatoire at 18, the concert season focused on the exceptional performance of the 32 piano sonatas of Ludwig van Beethoven, organized by the “Conservatorio G. Pierluigi da Palestrina “of Cagliari. After the introductory lecture of the musicologist Happy Todde, in fact, the Auditorium Square Porrino opens to the music with the piano recital by Massimo Lambertini, who will perform the “Sonatas nos. 1, 2, 3 “Op. 10 of the great German composer.

This first concert of the cycle of Beethoven Sonatas Beethoven’s work opens a path in the eighteenth century. This group works very popular as the three Sonatas Op. 10 to which Beethoven began work already during 1796, while other piano pieces composed. Published in 1798, these Sonatas were reviewed in a way not in favor ‘”Allgemeine Zeitung Musikalische”, “overloaded with difficulty, even the most diligent performer must feel like a man who thinks he’s attractive to go wandering in the forest, but shall at any footer pushed arrested by annoying obstacles from thorn bushes, and ultimately come up with the tired, without experiencing any pleasure. “But Beethoven did not bother to critique and then these Sonatas were much appreciated for the energy and tension that pervade it.

The entrance fee for each concert of the festival on 32 Piano Sonatas of Beethoven costs 5 euro. The subscription costs 30 â‚¬ to 10 concerts.