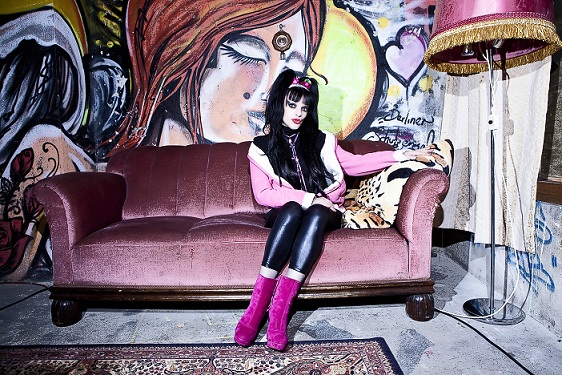 Tuesday, December 4th the first and among the most anticipated events of Red Rocks Blues 2012 – Winter’s Edition with Nina Hagen, one of the most extraordinary from the 80s until today, arriving at 21.00 at the Teatro Lirico di Cagliari ‘s missed only Italian date of its international tour. With her four fantastic musicians on stage for a live glowing between the new and historic tracks blues, rock, funk and soul, gospel, jazz and swing, pop and hip hop, techno, reggae and ska, with Warner Poland on guitar, Marcellus Puhlmann on drums, Fred Sauer on keyboards and Michael Ryan on bass. A concert unique, unforgettable, in which there will of course in the old ladder and timeless success.

The Berlin artist known worldwide for her unique voice, versatile, and his eccentric personality (likes to be seen in public with a look that is always different), provocative and multifaceted musical personality, from the late 70s has never stop hovering over punk, rock, jazz. His songs are ironic and biting and show texts with feminist ideas and often political protest to the Soviet regime. As the scandals in the eighties, when, as a guest in the TV Austrian club2 shows the public stunned different techniques relating to female sexuality. Or when he revived German Wenn ich ein Junge wĂ¤r (If I were a boy), a song brought to success by Rita Pavone (first for several weeks in the German charts) in Germany in the sixties, but with revised from her a feminist text which changed from the last verse (translated): “If I were a boy everything would be easier” to “If I were a boy I would have more relationships (sexual)”. Nina has also caused quite a stir in the nineties when he revealed to believe in UFOs, and to be guided by an interest in esoteric religious movements East. After three decades of success (including the famous “NunSexMonkRock” album of 1982), now with the extraordinary depth of his penultimate project entitled “Personal Jesus” (2010), he lands on his early musical origins that go back to American Gospel, and cover his recent conversion to Christianity in style “Nina Hagen”, as she says: “….. I am a musician and singer, all my life I have embraced the gospel roots of American rock music. If plays a little ‘all my records feel that at 18 I was already a lot of gospel songs, such as Mahalia Jackson-Hits, Right on Time, Gonna Live the Life, Hold me … Hail Mary, Spirit in the Sky ….. “. His latest album “Volksbeat” is of 2011, a record in which the singer sings Berlin in German, something that had not happened since the mid-80s.

Tickets are available at the Box Office and at Greenticket.it of Cagliari and Sassari.