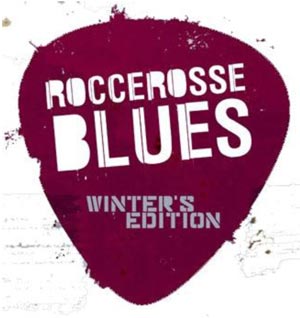 Red Rocks & Blues Festival back in December, with its great international music: The event moved to the first part of the 21th edition, in Cagliari and Sassari, in the special winter version

Four special concerts (one replica) with some of the greatest artists on the international scene: Nina Hagen, Jan Garbarek Group and special guest Trilok Gurtu, Michel Godard and Gavino Murgia. Blues, gospel, folk, jazz, classical music, world music, they return more alive than ever, ready to hold high temperatures even in winter, focusing on a program of excellent proposals that do not betray even this time the expectations of the public “roccessino.” A series of events unique, explosive, as always for all tastes and all budgets.

The opening is entrusted December 4 at 21.00 Nina Hagen, the icon irreverent and outrageous punk-rock German and European, which will be in Sardinia for a single date must, in Cagliari, at the Lyric Theatre. The Berlin artist known worldwide for his extraordinary voice, low, hoarse, articulate, and his eclectic, provocative and multifaceted musical personality, from the late 70s never stop hovering over punk, rock, jazz .
Three decades of success, and now with his latest project of extraordinary depth entitled “Personal Jesus”, it lands on the origins of American Gospel embracing his recent conversion to Christianity in style “Nina Hagen”, as she declares: “. …. I am a musician and singer, all my life I have embraced the gospel roots of American rock music. If you hear a little ‘all my records feel that at 18 I was already a lot of gospel songs, such as Mahalia Jackson-Hits, Right on Time, Gonna Live the Life, Hold me … Hail Mary, Spirit in the Sky ….. “. Nina will be accompanied by a training blues glowing with Warner Poland on guitar, Marcellus Puhlmann on drums, Fred Sauer Michael Ryan on keyboards and bass, for a show unique and unforgettable.

The legendary Jan Garbarek December 7 will be at Teatro Verdi in Sassari and December 8 at the Teatro Lirico di Cagliari (both shows starting at 21) and his team with Yuri Daniel on bass and Rainer BrĂĽninghaus on keyboards and special guest, Trilok Gurtu, Indian percussionist already favored partner of superstars such as Pat Metheny, Joe Zawinul, Bill Evans, John McLaughlin and David Gilmore. Garbarek, originally from Mysen (Norway), composes and improvises music that goes straight to the soul and escape the efforts of those who want incastonarlo in labels and music categories defined: his works, published in ECM label, usually climb the charts jazz , classical and pop.

On December 9, at the Teatro Verdi in Sassari (21.00) Michel Godard, one of the tuba players and snake the most remarkable in Europe, whose extraordinary virtuosity makes it unique in the world of European music, both classical and jazz. But, like any true jazz musician, Godard uses the work of Monteverdi just as its foundation and inspiration to then give it a new twist and contemporary. He is ably supported in this project by a trio composed of baroque mezzo-soprano Guillemette Laurens, Bruno Helstroffer the theorbo and baroque William Dongois the cornetto, which complete the project together with a special jazz duo composed by saxophonist Gavino Murgiae the same Michel Godard. The CD “The Trace of Grace” made in France last year, is added to this training the extraordinary American bassist Steve Swallow and voice and sax Gavino Murgia.

The program of the second part of the International Red Rocks Blues Festival 2012 will be presented to the media at the press conference to be held soon, by the end of November.

Tickets for concerts and all pricing information is available at Greenticket.it and at the Box Office of Cagliari and Sassari.