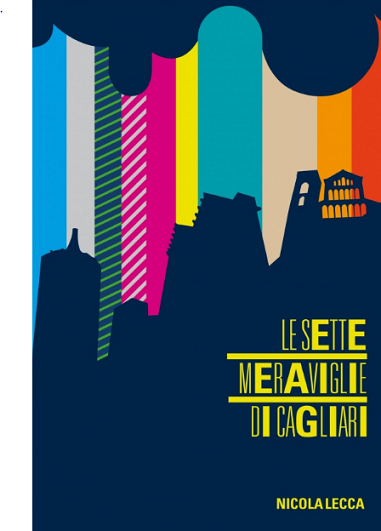 After the success of the stories of Cagliari written exclusively for the Thotel by Dacia Maraini, Sandro Veronesi, Marcello Fois, Piera degli Esposti and other important Italian writers, we are pleased to announce the publication of “THE SEVEN WONDERS OF CAGLIARI” designed by Nicola Lecca, one of the most beloved authors Sardinian in Italy and the most translated abroad: a true wanderer, an avid explorer who, finally, for the very first time, writes about his hometown, telling it through the seven wonders, seven states of ‘mind, seven emotions gathered in this small but precious little volume, with the intent to give you a privileged point of view: the flamingos, the sun, the distance, the “Portrait of Ines” by Umberto Boccioni, the market of St. Benedict, the ‘last concert of Carlos Kleiber and the sea.
A careful and timely that the writer Cagliari: able to catch all the nuances hidden in the folds of a life more hectic and less prone to observation, reflection and anticipation.
On January 15, 2013 Mondadori will publish the new novel by Nicola Lecca “The Pyramid of coffee” in the prestigious series Writers Italians and foreigners.

Seven new emotions copyright, capable of giving as many unpublished portraits to our city.
“THE SEVEN WONDERS OF CAGLIARI”
Will be presented to T Hotel Cagliari on 11 December at 19.00 from Nicola Lecca.
Readings Clara Murtas.

You are invited to participate.
We will be happy to give all participants a copy of the volume. (Up to availability)

where
T-Hotel, Via Dei Giudicati No. 66, Cagliari