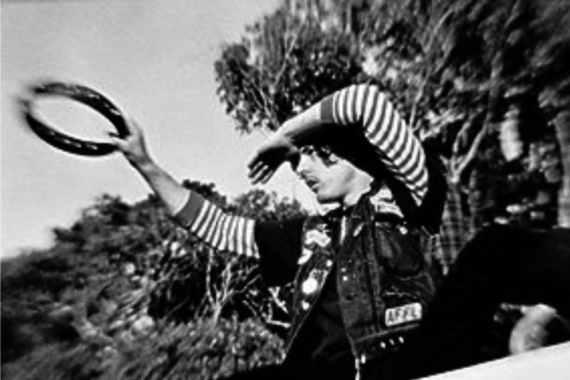 Continues Circuit Ethnic Regional Theatre of ART with the show “Dream Try Change (Bisai, to dream …) the company’s Studio Theatre stage Friday, November 16 at St. Helens in the Public Library of Children in Via Dante 68, at 20:00 with free admission. The show tells the journey of a man, Antonio, from Sardinia to California on a long path taken as a sign of protest against conformity and violence. Antonio on his journey rhymes gives to people he meets because it is certain that the poem is able to raise awareness anesthetized by the approval and conformity. “Dreaming Try Change (Bisai, to dream …)” is responsible for the company’s Studio Theatre, born in the 60s in Cagliari, which offers the spectacle “to try to change a little ‘consciousness and the hearts of the people.”

The programming of the circuit goes on Ethnic Regional Theatre until December through the Provinces Sardinian Villacidro-Sanluri, Ogliastra, Olbia-Tempio with the shows “Dreaming Try Change”, “Other than stories”, “Karel” the Company Theatre Studio ” Bim Bom Bom “and” Casteddu and Tacchelinu “the company Humus Theatre.

The Circuit Regional Ethnic Theatre is organized with the support of the Region of Sardinia Entertainment, the municipalities and with the collaboration of local associations. Who is ART.

ART since 1990 to promote and spread the Sardinian drama with the design, organization and distribution of entertainment in the Circuit Regional Ethnic Theatre, with an intense preparatory activities for the preparation and awareness of cultural operators and the public. The circuit is based on ART cultural proposal of a historic theater, dramaturgy of documents, which dissects the social aspects most important, the strength of which is to turn directly to the Sardinians, and remember to tell the reality of past and present in Sardinia. An ethnic theater designed by ART, as “avant-garde” which is able to create new cultural debates and a collective awareness. A cultural project to ART to convey the strength of the Sardinian regional theater, with shows also in small communities in isolated areas, in social centers, in alternative spaces, where direct contact with the audience is palpable. For ART, the effective strength of ethnic theater consists in its themes, the use of the Sardinian language and in its form, its “universe” and its “views” open the minds of the spectators.

Where
Public Library of Children, Via Dante 68, St. Helens